We have plenty of Christmas ornaments from previous years such as baubles, tinsels, bells… and my mother in law gave us two more bags full. We don’t live in a castle or in a palace, we just live in a flat so there’s not much room for lots of stuff.

Talking to a friend that just moved to a small apartment and has no room for a conventional tree, decided to surf the internet and see some options. Some of them involved wood (which I have tons) but had to drill the wall to hang some parts, so I needed to think about something could be easily moved. Having tons of baubles everywhere in my house I thought, why not to do a Christmas baubles tree?!

Yes!! I took a piece of wood I found last week next to the dumpster which I collected on daylight, call me brave ;-). It was laminate wood, nothing special, but it would be enough for the project. 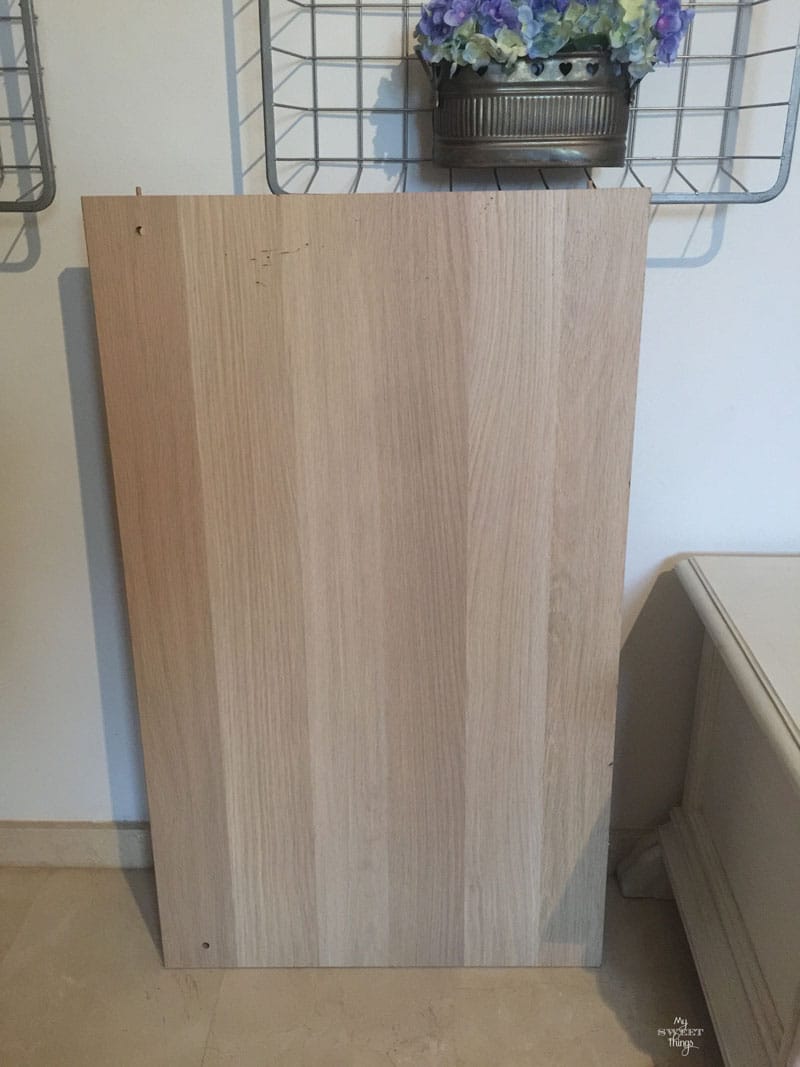 I watered some white paint and gave it one light coat. 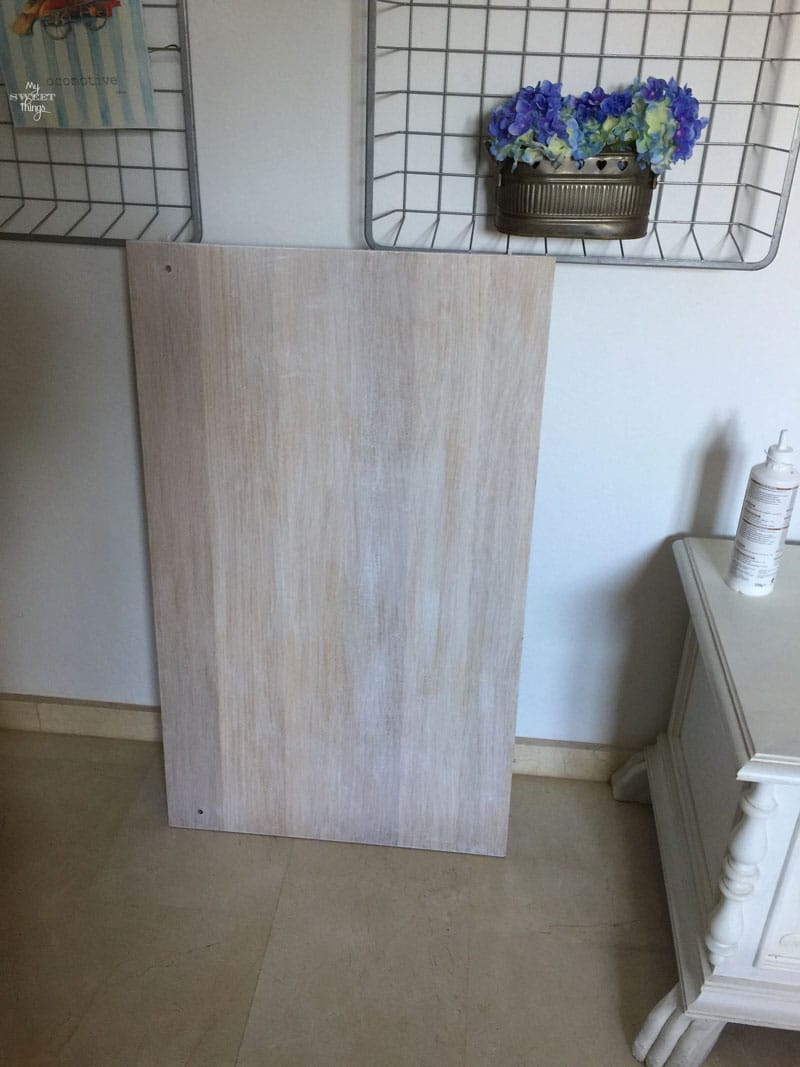 My daughters were as excited as me so while they were helping me we did some maths. We traced a triangle. 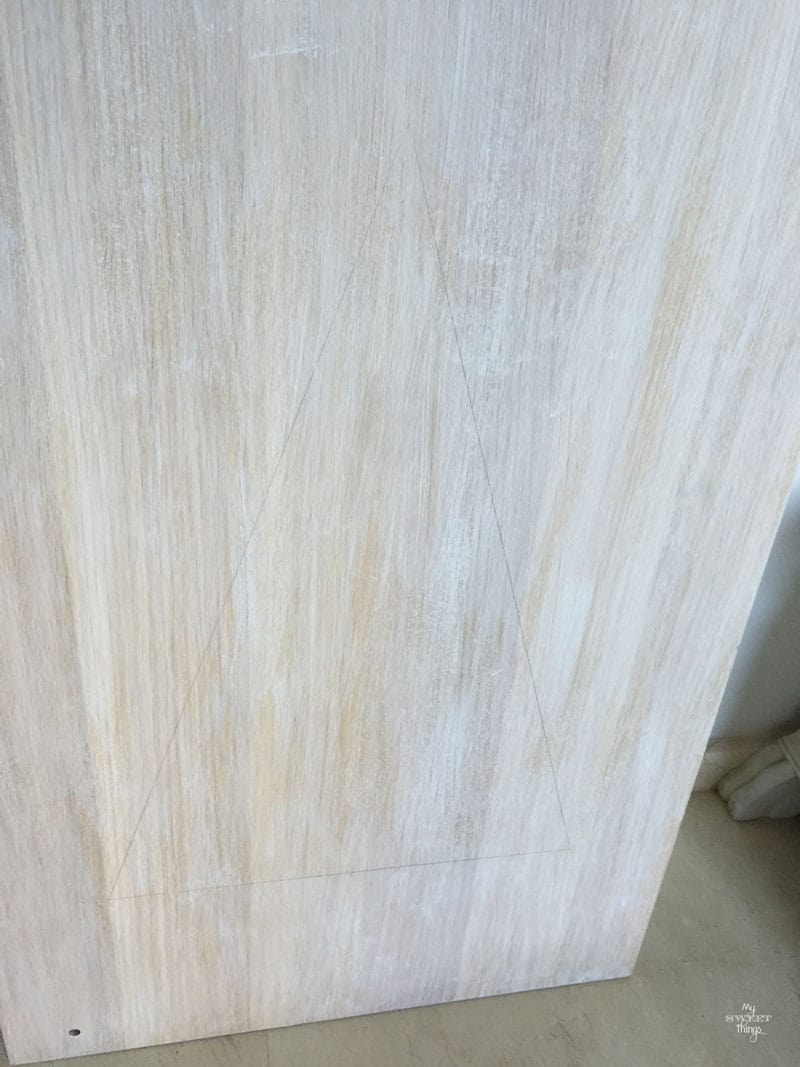 It was time to take the baubles out!! 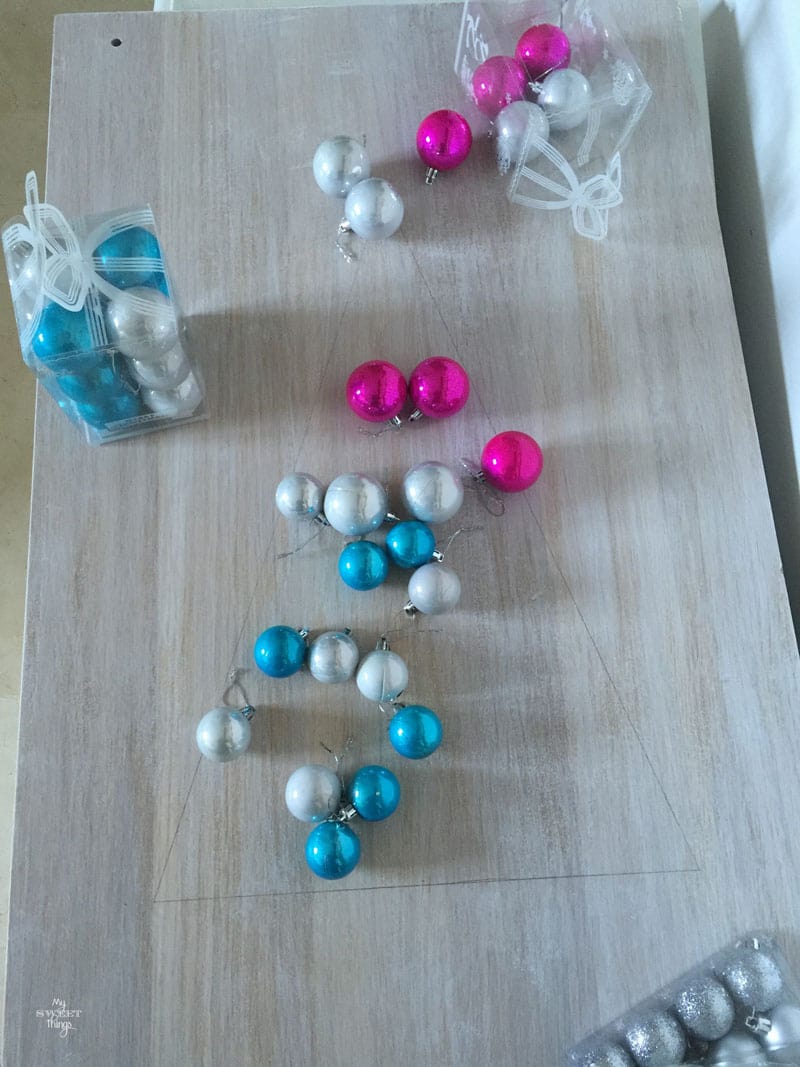 They kept bringing more and more baubles… and cutting the thread. 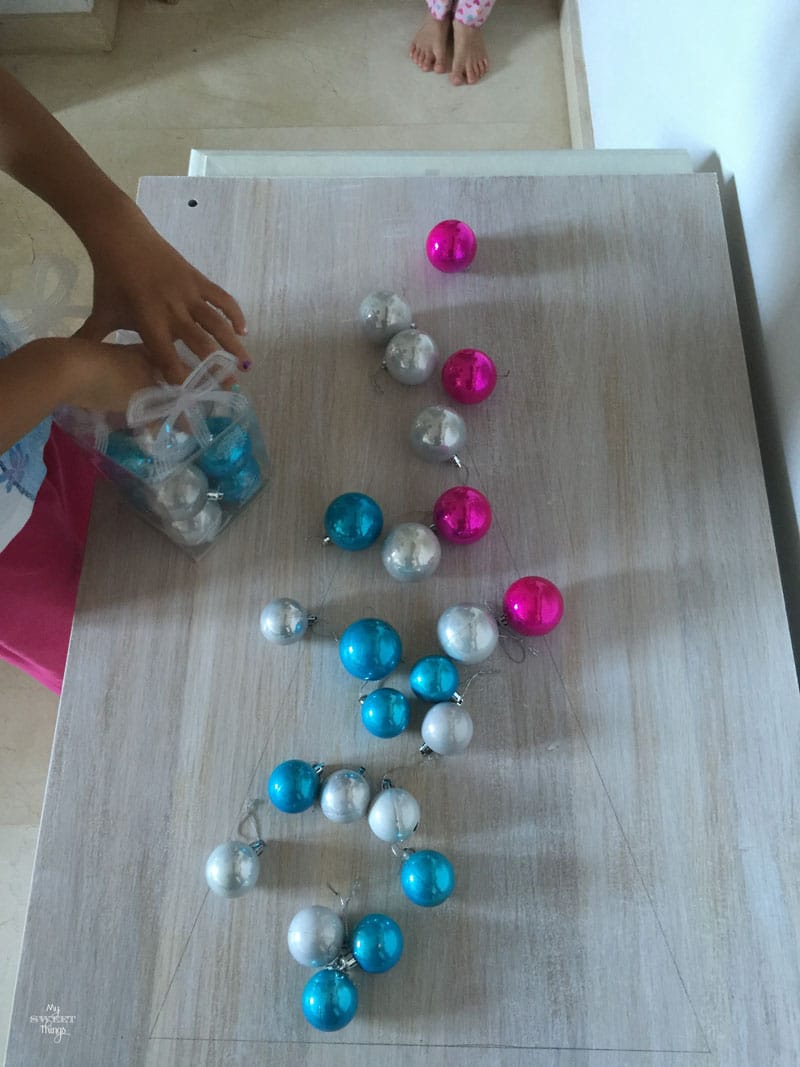 I began hot gluing from the top, and adding little ones on the existing gaps. We also found that removing the caps made it easier to fit all of them. Miss A also lent me her white glitter glue to add some sparkle to the wood. 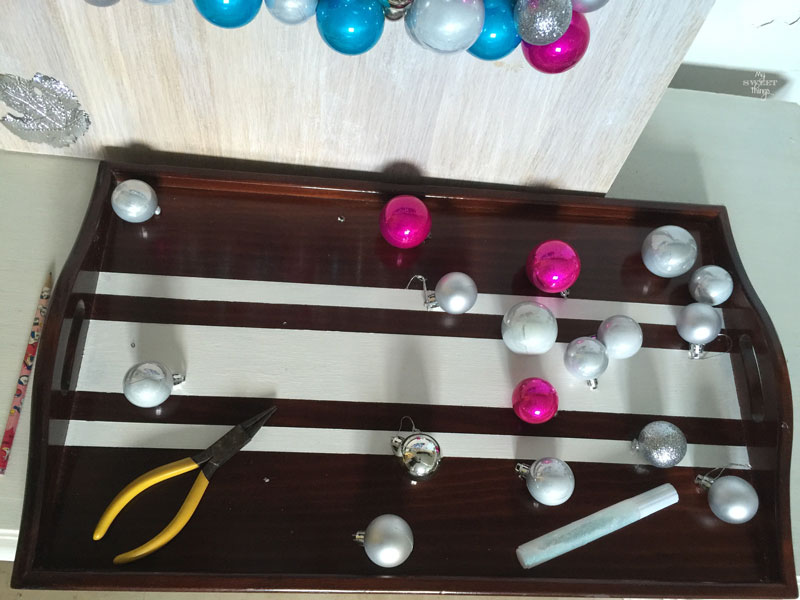 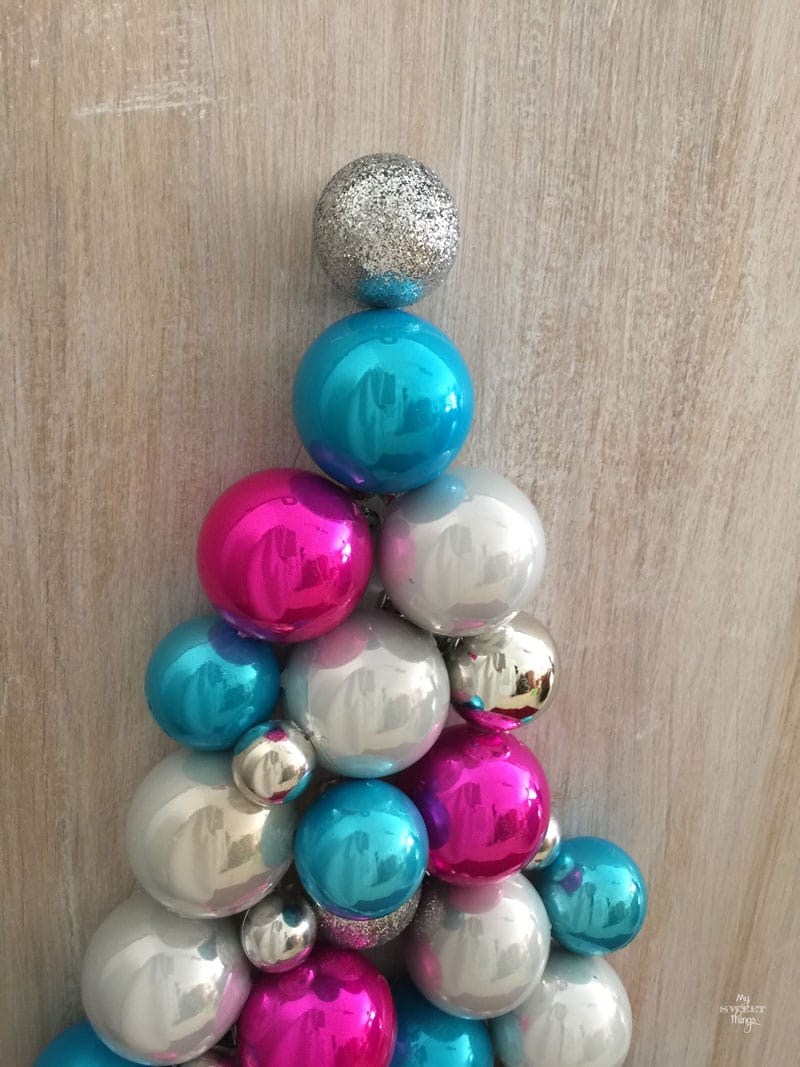 We found those silver leaves in my mother in law bags, and they hid the holes. You can also think they are falling from an imaginary silver tree 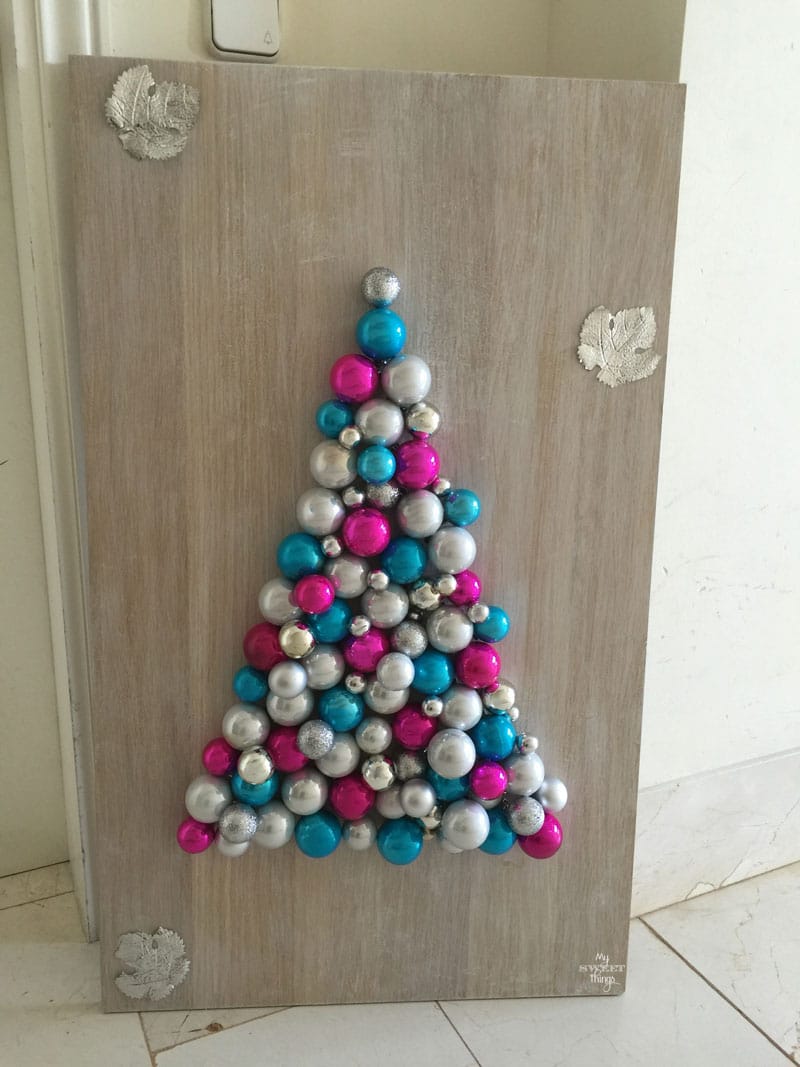 You know I’m trying to improve my photograph skills… I promise you it sparkles although you can’t see it! 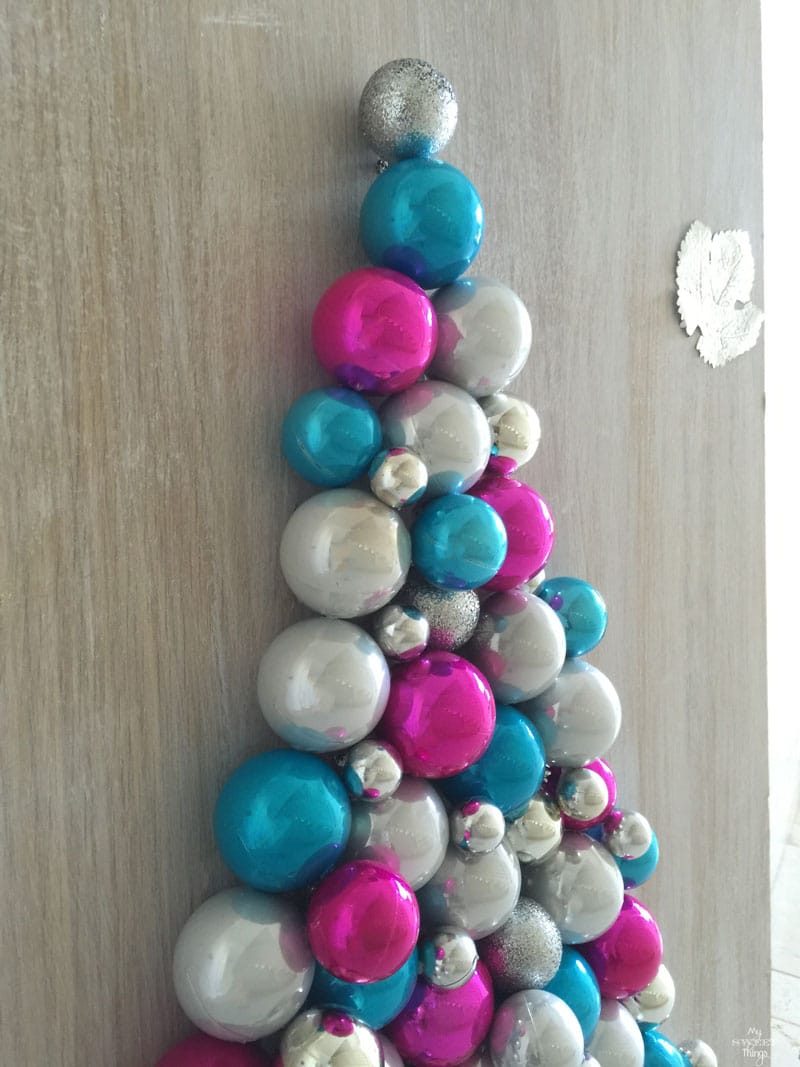 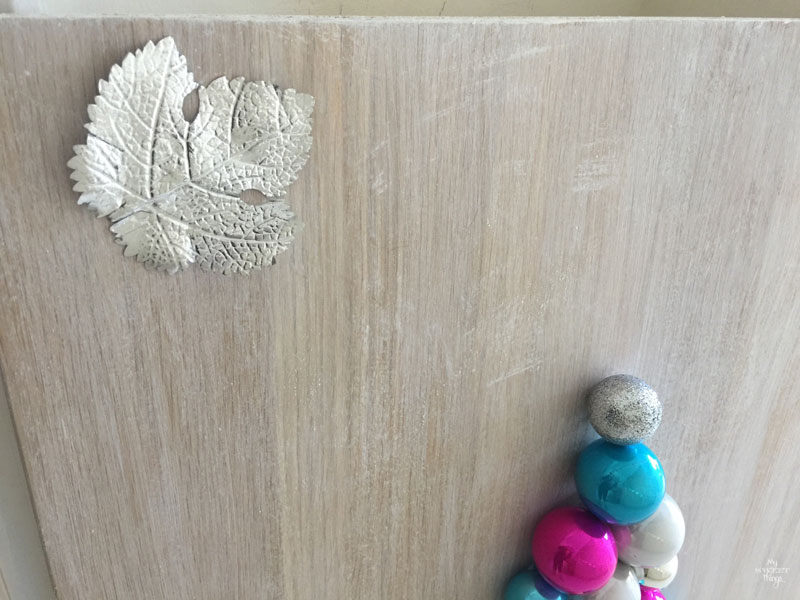 More baubles inside the lantern, I don’t lie!! 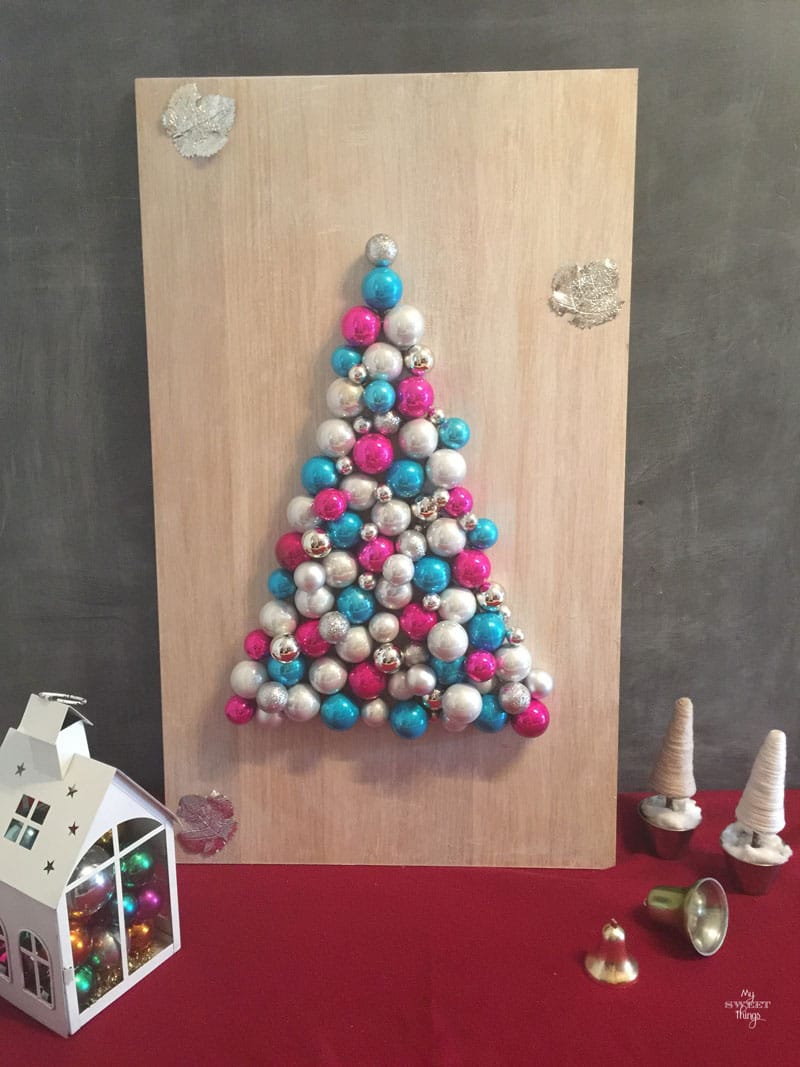 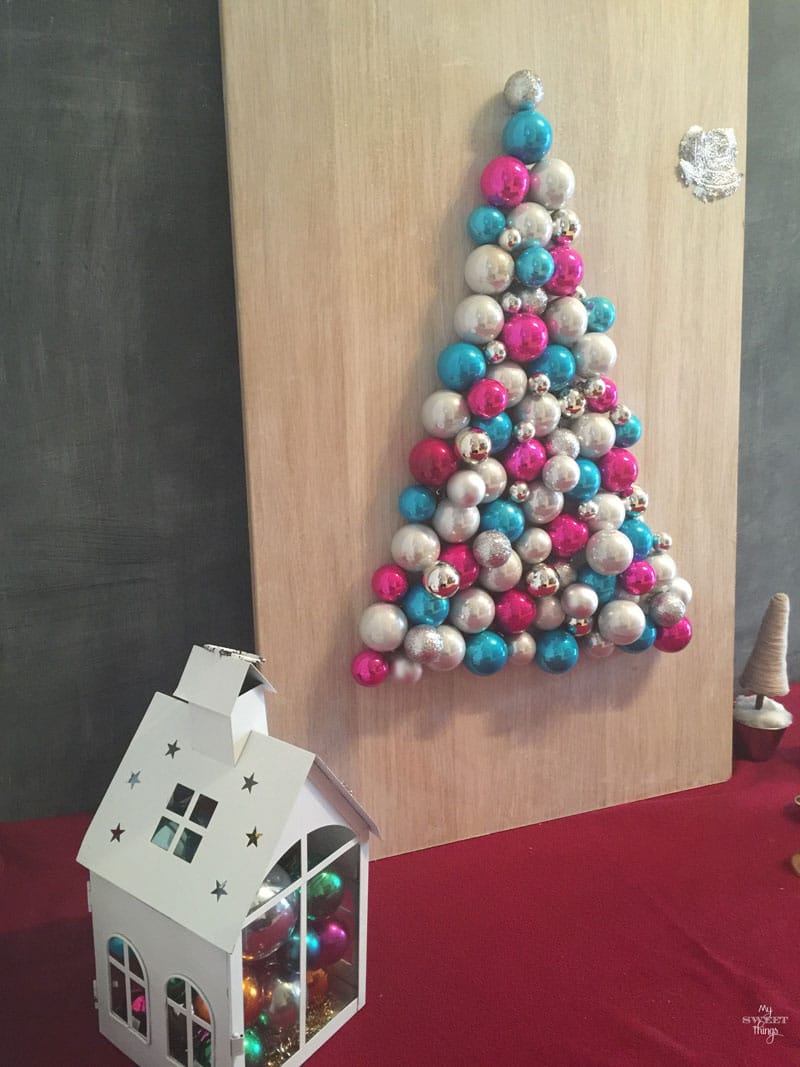 I love we got rid of that big amount of baubles 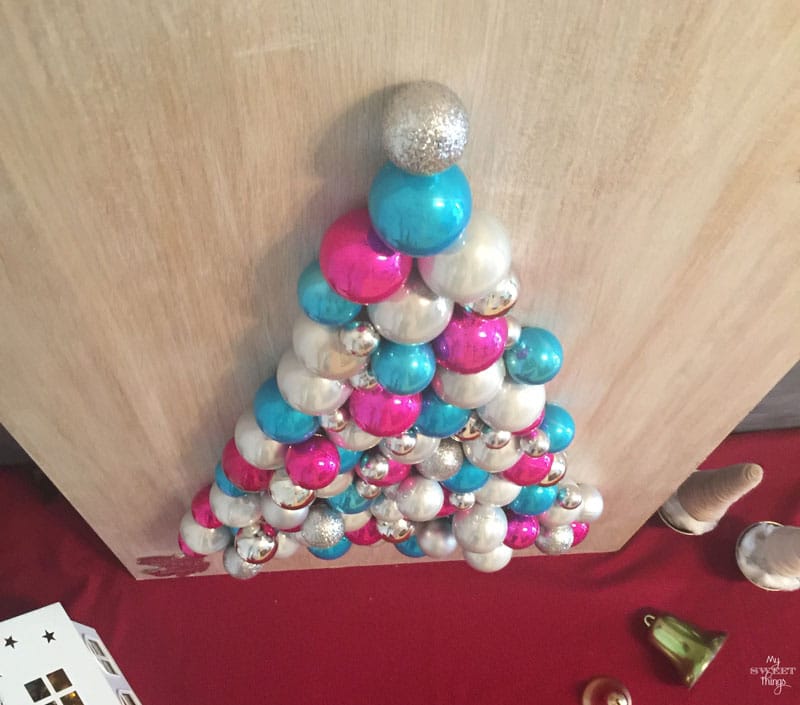 Do you have lots of ornaments around your home as well? Do you keep them for the next year or get rid of them?

If you are interested in other projects you can see them here.

Do you love DIY, recycling, home decor, furniture transformation and all kind of crafts? Then we have the same passion! I would love to share all my crazy ideas and projects with you so I would love if you SUBSCRIBE for my post e-mails.

Linking up to these parties 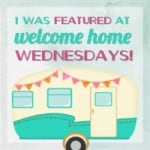 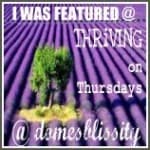