My husband loves yoga and meditation and he practices daily. I can’t deny I feel some envy because when I try to meditate my mind starts to think of meals, kids’ activities, things to do and so on. From time to time I can leave my mind blank for five minutes and then I feel superwoman!

He has a special mantra and I thought it would be great if I could do something for him with those words “Om Namah Shivaya” for his birthday, so I decided I would do them in papier mache as I did for my girls here.

Then I went shopping to my favorite thrift stores to find a big frame and I found this beauty. 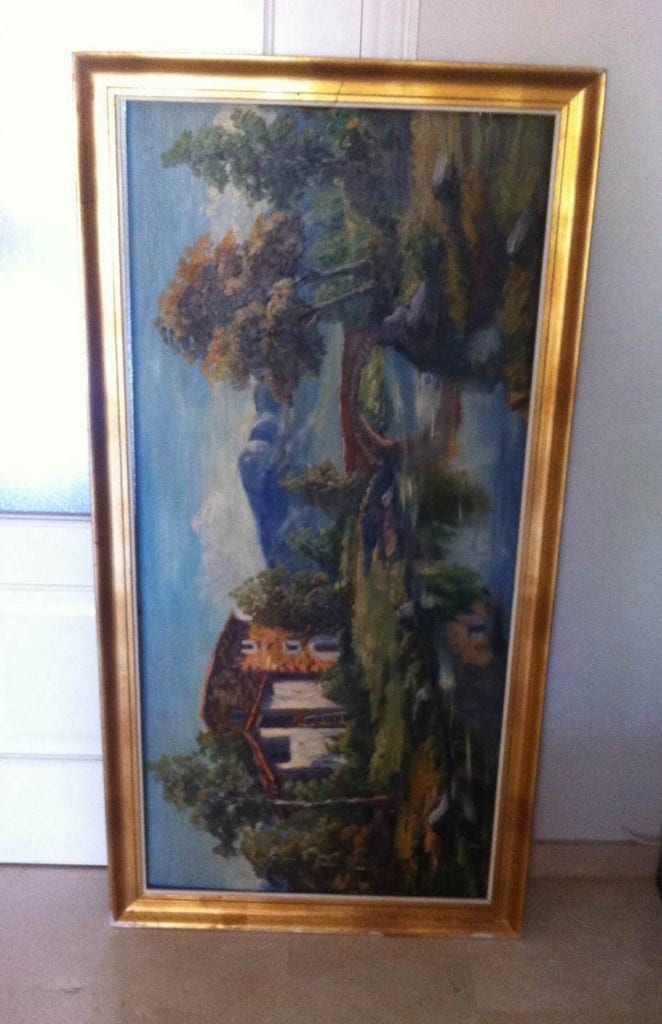 It wasn’t really in a very good shape but I knew I could make it pretty. Even our rabbit was curious and she was all the time around me, isn’t she cute? 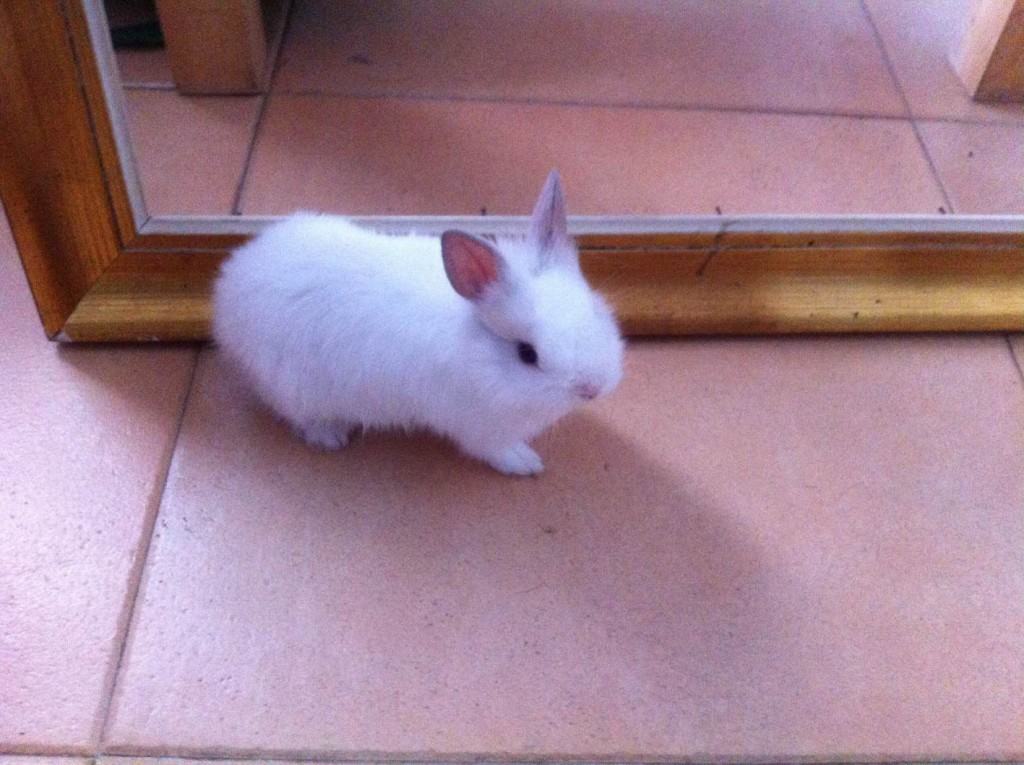 I used homemade chalk paint to paint it, two layers were enough, and then I distressed it a bit to make the gold beneath it appear.

I used some fabric I had to cover the old painting, and then I hot glued the letters on it and put the frame on again. 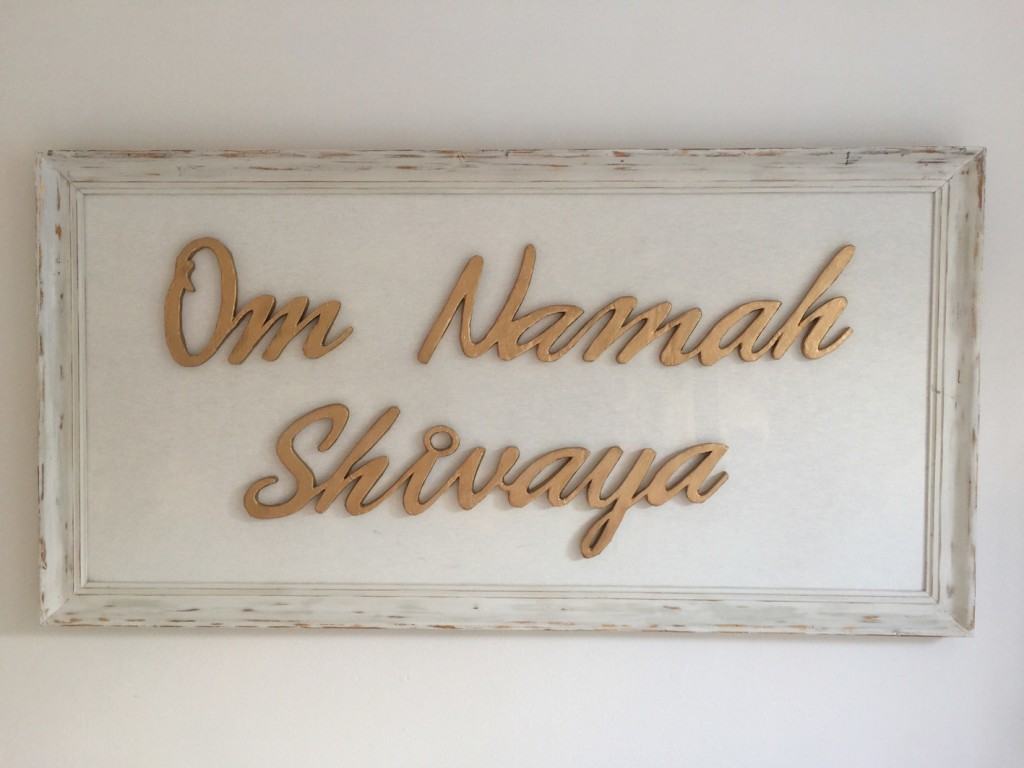 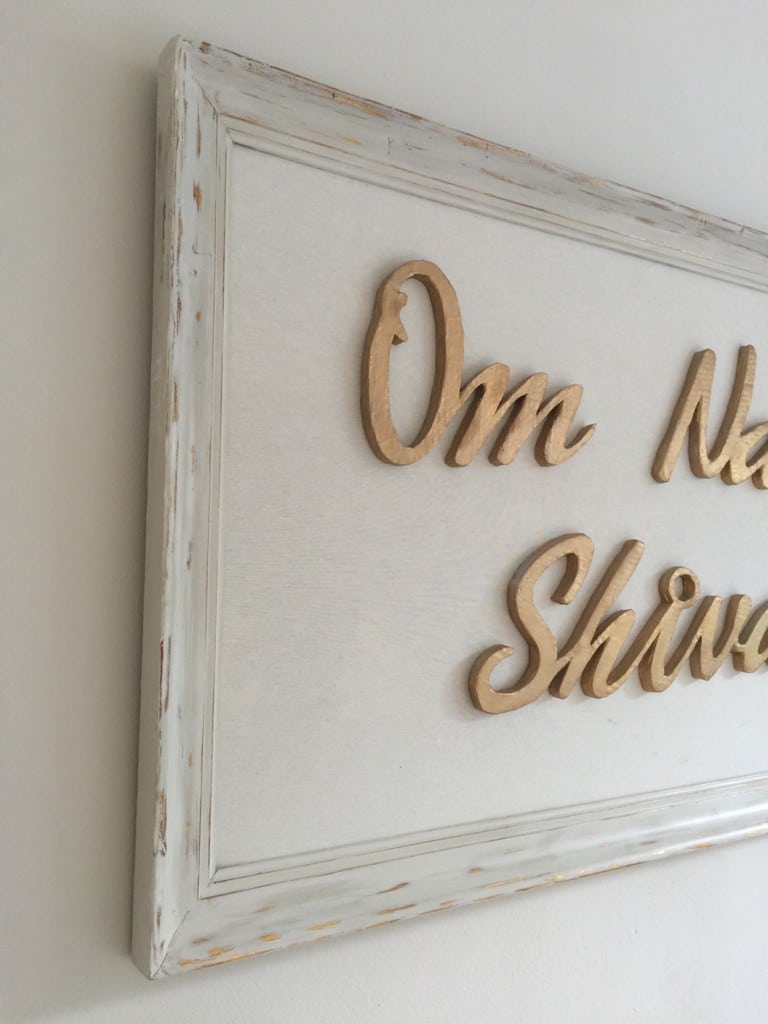 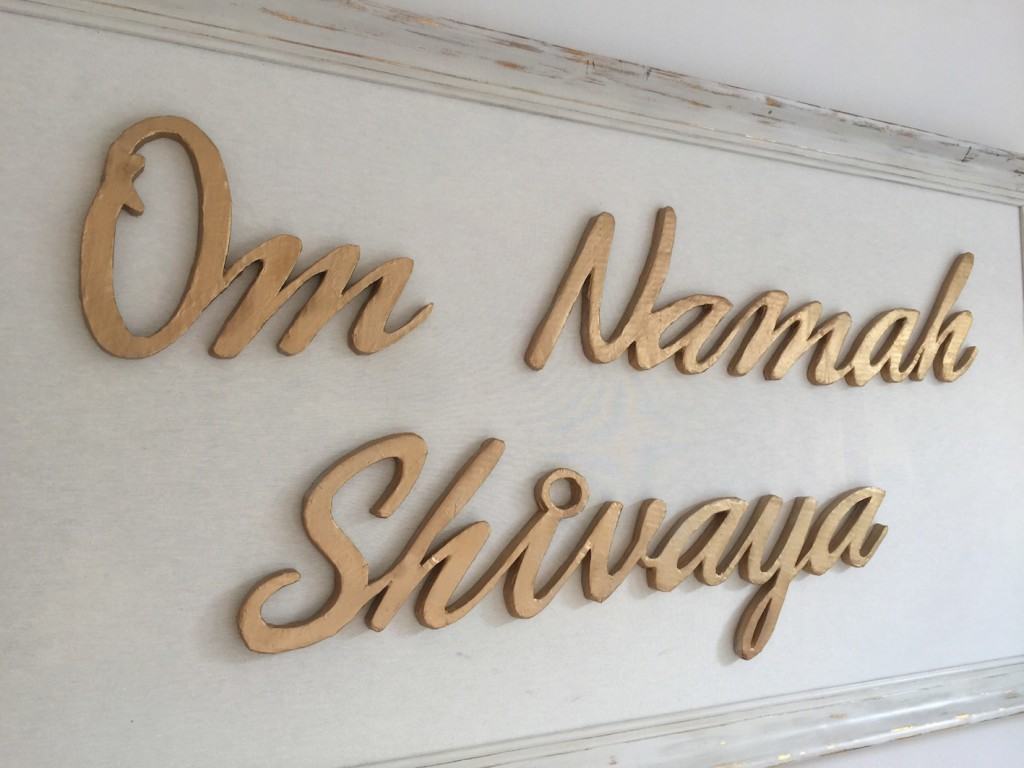 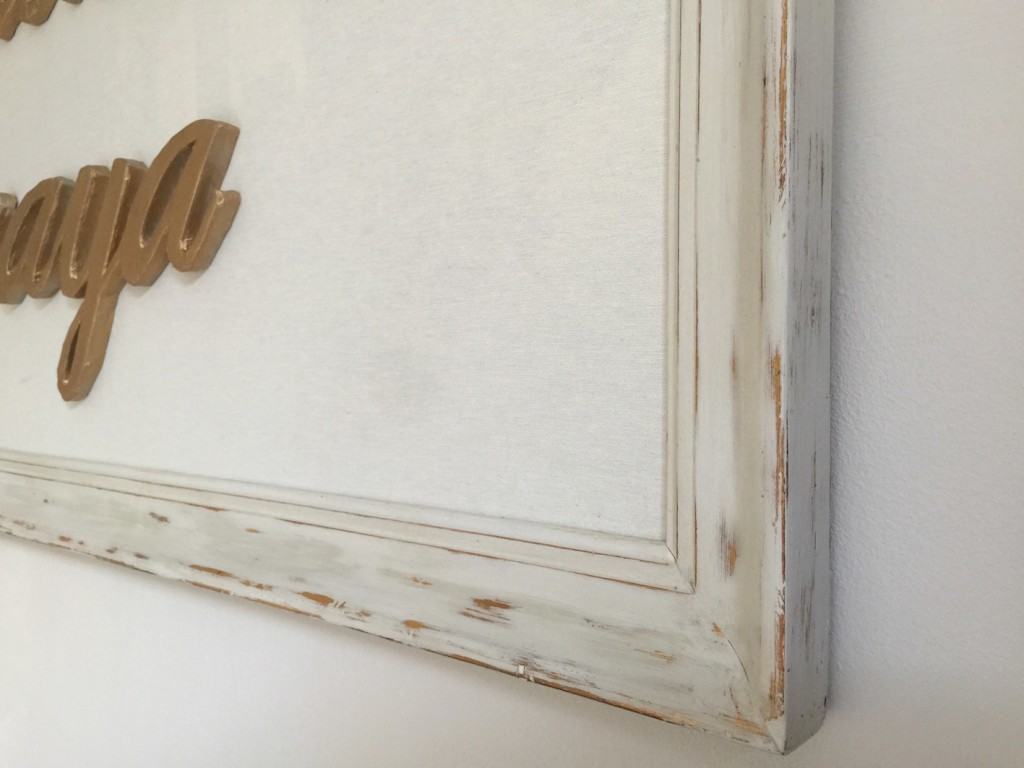 I was so happy with the result I felt I couldn’t wait until his birthday party to show him, but being a strong woman as I am, I could lol. I planned a surprise party and told the kids was going on, and they did really good not telling him anything.

When the day arrived one of his friends took him away with the excuse of having “men time” with no kids, no women, no responsibilities and then all his friends came.

When he came back home and all of a sudden everyone appeared and shouted “Surprise!!” you should have seen his face. He really didn’t expect anything, and he was not only shocked by the surprise but also because some of his friends had flown from other cities.

It took some time for him to understand it was real and he enjoyed spending some time with friends, and when he thought there couldn’t be any other surprise, our present came. He was so moved he even had some tears on his eyes, and I was really happy for him. All the work I had done was really worth seeing him so excited. 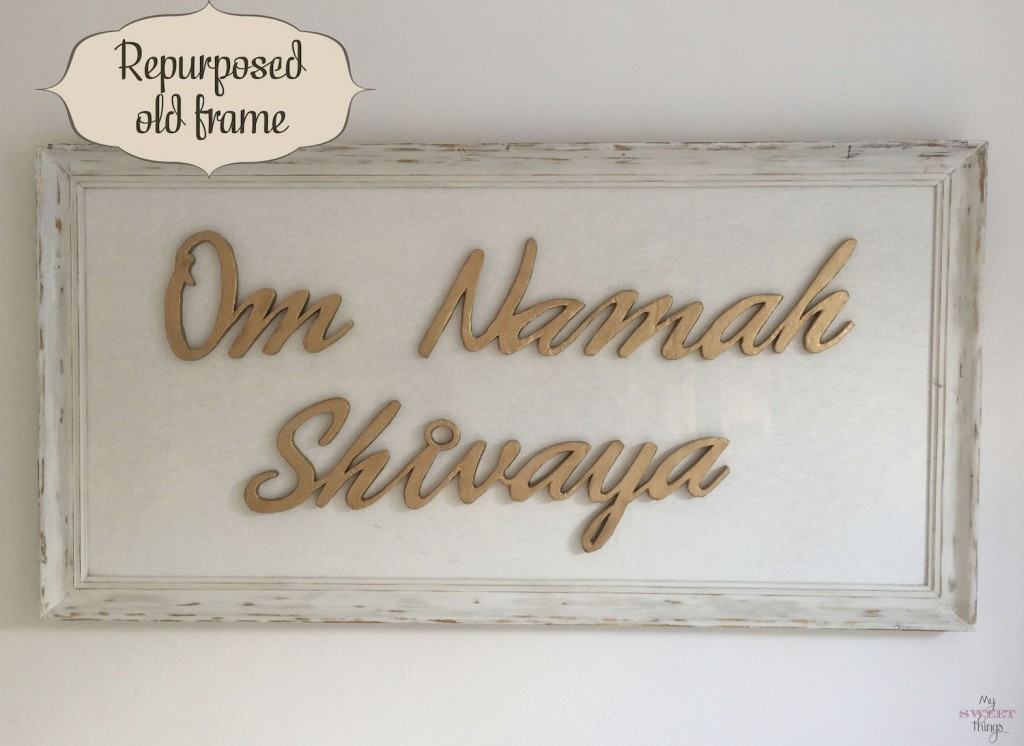